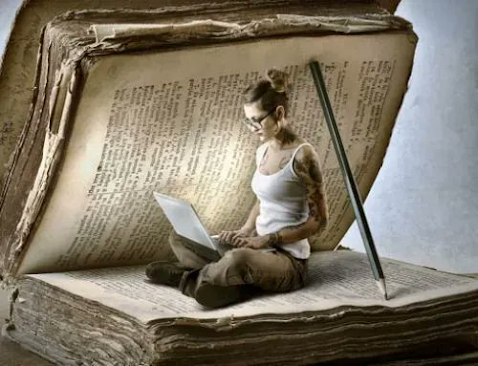 Thanks for showing up, you guys, who are anonymous to me.
I began reading a novel, recommended by my Naturopath, in which a young girl decided to write for one person only.
She placed her writing into a "Hello Kitty" lunch box, and somehow—I don't know how yet, it washed up on a beach. (It had a gasket around the lid, and the entire box was wrapped in plastic.) I don't know if the protagonist threw it, was killed in a tsunami, or committed suicide. She said she would live long.) Someone did find it. A woman named Ruth. I just realized the author used her own name and didn't have kind words for the name Ruth.
The book is A Tale for The Time Being by Ruth Ozeki.
I don't know if I will wade through the angst. Yeah, yeah, I know, chase your protagonist up a tree, throw rocks at them, get them down from the tree.
The basic plot.
A few challenges, that's okay, but I don't want to read too much angst. We have enough of that in our lives. In Caveman's days, the tribe gravitated to a good storyteller around the campfire. The tribe, well fed and warm, sat around the fire, anxious for a good ole romp through the trials of life, hoping their hero would triumphant to stupendous proportions. Maybe they would hear a good love story. (A happy one, or a sad one?) "When I heard the Native American tale of how Mt Hood on the Oregon side of the Columbia River and Mt. Adams on the Washington side was in love with the same woman, it didn't end well. She ended up a cinder cone lying beside her love—which one was it? I don't remember.
Volcanic eruptions create good myths.
Hunter stories got the gang pumped. The hunter faced his dangerous prey, he almost got gobbled up, but he killed the animal and brought home food. Now the tribe was safe, full, and entertained. Those hunter-story -tellers were the gladiators.
The hero or heroine can fall into a tar- pit once in a while. That's okay if they escape. We want them to be victorious. That is, if we love them.
What makes a good story?
I asked that question today, and the answer came within the hour. I opened my phone as I sat in the car waiting for my daughter to have a chiropractic appointment. You know that kindle/computer device we drop in our purse daily? I opened Pressfield's book, Nobody Wants to Read Your Sh*t.
Then why write it?
Because we can move beyond the Sh*t.
A story is, Pressfield explained, "experienced by the reader on the level of the soul. And the soul has a universal structure of narrative receptors."
What does he mean by that? You know the hero's journey. It's a touchstone. And we ask, "Does this tale ring true?"
"The tale moves us, says Pressfield. It satisfies us emotionally. We come to its end feeling like we've just had a meal of steak and potatoes."
We all rooted for Rocky, not to win, but to go the distance.
I think I need some rethinking/reworking. Does my story have an "Inciting Incident?" ("To prove that I'm not just another bun on the street." --Rocky Balboa.)
The inciting incident is the event that makes the story start.
In a movie, it starts about ten minutes in.
In Silver Linings Playbook by David O. Russell, the inciting incident comes when the Bradley Cooper character, obsessed with getting back with his ex-wife, sees the Jennifer Lawrence character. (They are made for each other. Will he blow it?) The story has started.
The climax is embedded within the inciting incident.
When Apollo Creed picks Rocky out of a slew of fighters and says, "I'm going to give this chump a shot at the title, we know they will slug it out.
Work from the ending backward.
Oh, I usually don't do that. I write, like life, not knowing what lies ahead. We might not know the middle or the steps the hero takes, but we ought to know where she's going.
The All is Lost Moment.
My downfall. I don't want my characters to hurt.
Come on, give them some struggle. Show their metal. We all want to know it's possible to rise from the depths of despair.
And you know there is much more we can talk about.
Later gator.
Love, Joyce
Posted by Jo at 6:17 PM