Well, it's been a quiet week in Junction City.

After the Disneyland trip and the trauma of a husband in the hospital, life has settled down, but not my need to get things done.

I’ve been manically running my manuscript through an editing program—not that you need to know this or want to know it. Sometimes, however, people want to know what happens before something else happens. Guess that’s called the back story.

Time's a wasten'. "I have miles to go before I sleep"—thanks Robert Frost. I don't want to wait two years for my book to be published. And I'm not paying $3,000 to get it edited. Actually I got a quote for $7,000. So I'm doing it myself. And I’m someone who can’t keep her fingers on the correct keys. Preparing a book for publication requires a learning curve such as acquiring an ISBN, a bar code, formatting, signing up with a distributor. and I had a heck of a time preparing my cover for the paperback for it didn't fit into their specs. I got it by using one of their templates and modifying it as best I could. (I can be a resource here.)

Most writers praise their editors for tightening up their story, and I would if I could. I'm sure input would make it better, but what the heck. I'm doing what I can.

It scares me. What if my novel--40 years in the making--falls on deaf ears, or is it blind eyes?

That's what most people think when they put their work on the line.
But think of this: “Faint hearts never won fair maidens.” (Disney’s Robinhood).

In Martha Beck’s Joy Diet (that has nothing to do with food), she admonishes us that “We are responsible for our lives past, present and future., no shifting blame, no playing victim. If you don’t like this, please allow me to suggest (in the kindest, most supportive way) that you suck it up and deal.”

"A beautifully told story is a symphonic unity in which structure, setting, character, genre, and idea blend seamlessly."—Robert McKee

Yipes, how about putting the pressure on.

I discovered what McKee talked about in describing story when I read a novel that struck a cord so loudly my ears rang for hours afterward. Or was it my voice wailing, “I can’t do it!”

But you think I’m giving up?

Alfred Hitchcock defined a good story as “Life with the dull parts taken out.”

Even a seasoned writer like McKee says that “There is no writing recipe that guarantees your cake will rise.”

Most everyone has a story in them; it’s just that some people write it. So, I guess I’m talking to the people who want to write.  Readers can listen, though.

Why am I writing about story?

I’m trying to sway the non-fiction readers to check out novels. Do read the non-fiction though, just don’t leave the fiction out.  Oh good, I looked up fiction vs non-fiction and found that those who read a mixture of both is 44%

Yea, I had heard earlier that non-fiction far out-sells fiction.

Those preferring fiction rank is 26%

Steven Pressfield says that even non-fiction ought to have a story element. Our brains are geared to listen for it. Long ago around the campfire, if someone said, “Once upon a time,” the audience plopped their butts to the ground and tuned their ears for what happens next.

And that’s the truth.
So be it.
Joyce 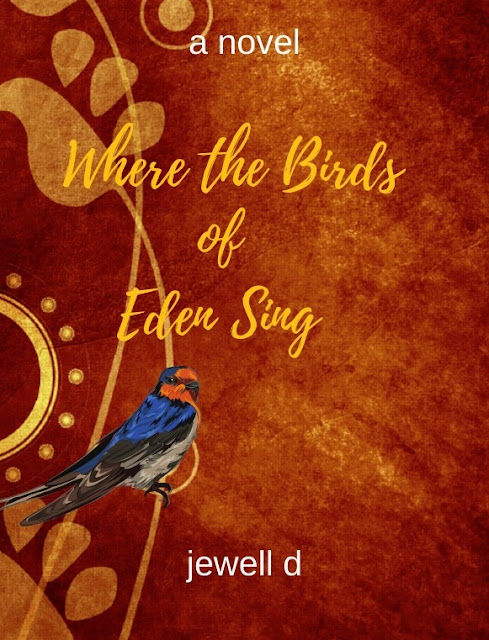 Jump From the Bucket 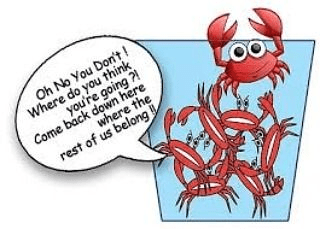 “The highest treason a crab can commit is to make a leap from the rim of the bucket.” –Steven Pressfield

You didn’t do it, or else the whole idea quickly drifted away.

Are you a writer who doesn’t write, a painter that doesn’t paint, or an entrepreneur who doesn’t begin a venture?

Then you know what Resistance is.

Resistance is a word I got from Steven Pressfield's book The War of Art. It means not doing the work you were meant to do.

Did you know that Hitler wanted to be an artist? At eighteen he took his inheritance and applied to the Academy of fine arts, and later to the School of Architecture. Pressfield asked if we had ever seen any of his drawings. He said--and this was a stretch--it was easier for Hitler to start World War II than to face a blank canvas.

Actually, Hitler was ravished by defeat. He flunked out of high school, and both entrance exams to the art schools he wanted.  He was selfish, egotistic, and lazy and would not take any criticism, and this man rose to prominence. You figure.

Many people have been told they have no talent, would never make it, and said, “They’re nuts,” and went on to do the thing they wanted to do.

Pressfield’s point is you do your work anyway—even if it’s terrible. You show up. You put your butt on the chair.

The awakening person must be ruthless with themselves and with others who sabotage their efforts. You know how many times, “The starving artist,” has been played. Me neither.

Procrastination? Well, what can I say? You know about that. There are always distractions. Ill health, getting into trouble, soap operas—nothing like dad getting drunk, mom getting sick, and junior showing up with a swastika tattoo, to set a family spinning out of control.

Do we believe in freedom, affluence, stability, and enough resources to permit the luxury of self-examination? Do we believe that the world is advancing, however haltingly, toward a better world?

Or do we view humanity as fallen from a higher state? Do we believe in a philosophy of powerlessness? Do we need a doctrine to tell us what to do, rather than decide for ourselves?

I woke up this morning humming, “We’re simply soldiers in petticoats.” Remember Mrs. Banks in the movie Mary Poppins? The original Mary Poppins, that is, released 1964. That was 55 years ago! I saw the movie with my mother and little sister, and my mother didn’t quite get the laughing on the ceiling bit—what a shot. Ed Wynn was perfect.

“Although we adore men individually, as a rule, they’re rather stupid.” See what Mrs. Banks could get away with.

Don’t be insulted men, we adore you individually, but as a rule, we’ve had some pretty stupid men circling the globe recently.

Some people might think Mary Poppins as a frivolous child’s movie, but think of this, Mrs. Banks was a suffragette. The Fiduciary Bank, where Mr. Banks worked, was greedy and controlling. The altruistic little boy, Michael, wanted to feed the birds with his tuppence. The parents were distracted and shuffled their children off to a nanny.

I hope I didn’t use too many of the song lyrics for *”Sister Suffragette,” by Richard M. Sherman and Robert B. Sherman.  My publisher says that a song company can make you shred your book if you use too many song lyrics.

Okay, I go to the computer to do “my work,”—but first resistance, check my email. Hey, one of you might have sent me something grand.

$500.00 off coupon for a coaching course to make me beautiful.

Doesn’t enroll have two L’s? (Look whose talking. I found two typos on this page--and the last blog had a mistake in the title. I embarrass the heck out of myself.)

Ha ha. Don’t get too serious.

*“Our daughter’s daughters will adore us…”

A bit of trivia; In the Walt Disney World in the lost and found, there is a wooden leg with the word, ” Smith,” on it.