“Just as a good rain clears the air, a good #writing day clears the psyche.” –Julia Cameron #am writing 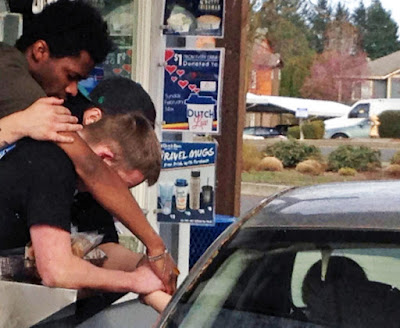 I came home from a #Tony Robbins Event a week ago. He jammed 52 hours of fun, bombardment, yelling, dancing, processing, breathing, pushing buttons, expanding our consciousness, even walking on hot coals into those days. I know, the walking on hot coals gets the most attention, but it is not the most important.  It was about taking that first step…and second…and third, until you get to the other side.

For the past week, I’ve been writing out my experience on my other blog www.wishonwhitehorses.com.

“Strike while the iron is hot,” so to speak. Therefore I have neglected this site. Remember, though, that you are loved, never forget that. You writers have courage and perseverance, love in your heart and devotion to your craft. I congratulate you.

I realized at the event that I don’t have the time, or the inclination to wait while the wheels of publishing turn. Maybe I have twenty years left, but I don’t want to spend them waiting. The time is now. It is time for action.

It is rather like spending twenty years on the psychiatrist's couch pouring out in Freudian style our needs, hurts, etc, or changing one’s state in an instant. I learned to do that. That is the main reason I went to “Unleash the Power Within.”

Probably you guys are established writers, proficient, and making Mondo bucks. Me, I’m sitting here pecking out my thoughts, aspirations, dreams, and determined to make it work.

My purpose is to make it work for me, and for others who wish to join me, for I believe we writers ought to encourage each other.

Sometimes one little act can change the direction of one’s life.

The first day of the event I learned that Tony wouldn't be there the following day.  My reaction was, "Hey, I thought we got were getting Tony for 3 and one-half days."  (He has injured his throat, and needs a day of rest.)

However, the presenter of the second day, Joseph McClendon III, won me over. I love him.

His story is that he was homeless for a time sleeping in a box in Lancaster California. You can drive for miles around Lancaster and only see sand and telephone poles—that story comes later.

The reason he was sleeping in a box was that someone tried to kill him because of the color of his skin. He thought, “If someone would do that to me. There must be something wrong with me.”

One day a man gave him a book.

It was Think and Grow Rich.

He read it and went back to the man who had given it to him with the understanding that when someone gives you a gift you ought to give them something in return.

The man said to pass it on, not the book specifically, but the principles, and now McClendon is a neuro-psychologist in L.A. and a presenter at the Tony Robbins event. He says it isn’t the motivation, it’s the “Do.”

While McClendon was urging us to believe we rocked, he suggested that when we approach an automatic door where two doors part like a theater curtain, that we swing wide our arms as though we caused it, stand in the open doorway, blow kisses and bow.

He had been doing that.

One day he approached a grocery store with his little two-year-old son holding onto his finger. You know how toddlers hold your finger? As they approached the automatic doors to the grocery store he felt his son pull away. The little boy stood before the doors, waved wide his arms like a magician, and stood arms spread with a big smile on his face.

There happened to be a Starbucks Coffee shop right inside the doors, and seeing the little boy standing like a composer who had just conducted the Philharmonic orchestra, the people sitting there applauded.

*I had to include this picture of Dutch Bro’s Love, for the first day of the event my seat companion was sent to the Tony Robbins’ Unleash the Power Within event with 29 others by the #Dutch Brother Coffee company. (Plane, Hilton Hotel, the works.) (This picture went viral.)