Don’t you sometimes want to throw yourself out of the clogged stream of life and into a raging river?

I bored myself with The Money Whisperer Newsletter, not the content but the idea of whispering. So, hells bells, SHOUT IT OUT.

Yep, horses respond to whispering. They are in tune with subtle clues. People, not so much.

I need a thump on the head sometimes, in this case, a SHOUT.

Time to get some Umph behind this whole idea of getting rich.

However, now that the Oregon Lottery has hit a Billion Bucks, I know that people want money and will pay for a chance to get it.

You’re writers. You know the many drafts needed, so thanks for listening/reading. You know I love you. 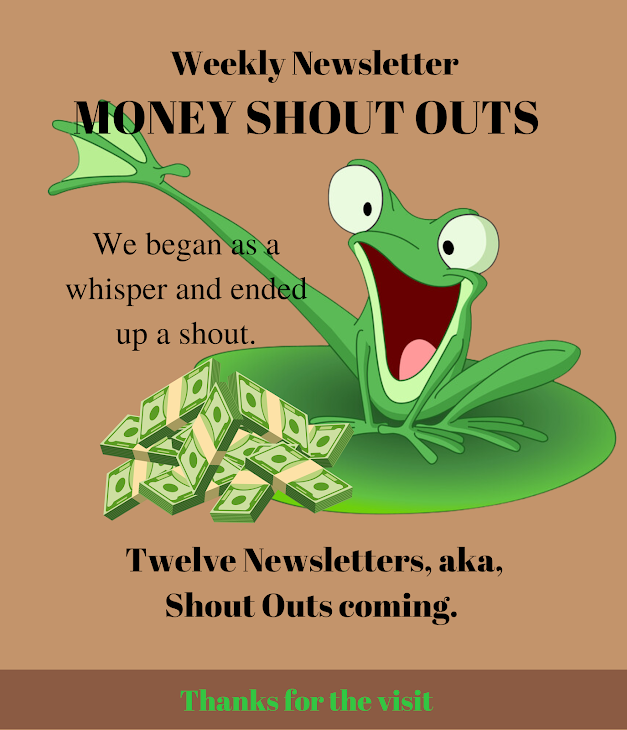 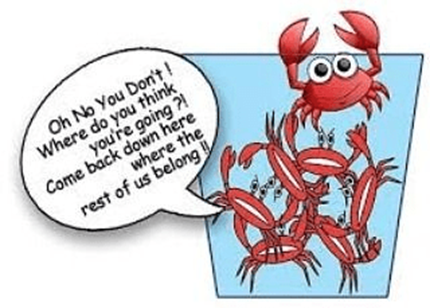 “The highest treason a crab can commit is to make a leap from the rim of the bucket.” –Steven Pressfield

Have you ever decided to start a diet or spiritual practice, maybe you would like to sponsor a child in some far-off land, or perhaps you wanted to run for office. Maybe you wanted to get married, have a child, or campaign for world peace.

You didn't do it, or else the whole idea quickly drifted away.

Are you a writer who doesn't write, a painter that doesn't paint, or an entrepreneur who doesn't begin a venture?

Then you know what Resistance is.

Resistance is a word I got the word “resistance” from Steven Pressfield's book The War of Art.

It means not doing the work you were meant to do.

Did you know that Hitler wanted to be an artist? So at eighteen, he took his inheritance and applied to the Academy of fine arts and later to the School of Architecture. Pressfield asked if we had ever seen any of his drawings. And then commented, and this was a stretch, he said, "but it was easier for Hitler to start World War II than to face a blank canvas."

Actually, Hitler was ravished by defeat. He flunked out of high school and both entrance exams to the art schools he wanted. He was selfish, egotistic, and lazy and would not take any criticism, and this man rose to prominence. You figure.

Many people have been told they have no talent, would never make it, and said, "They're nuts," and went on to do what they wanted.

Pressfield's point is you do your work anyway—even if it's terrible. You show up. You put your butt on the chair.

The awakening person must be ruthless with themselves and with others who sabotage their efforts.

Do you know how often "The starving artist" has been played? Me neither.

Procrastination? Well, what can I say? You know about that. There are always distractions. Ill health, getting into trouble, soap operas—nothing like dad getting drunk, mom getting sick, and junior showing up with a swastika tattoo to set a family spinning out of control.

Do we believe in freedom, affluence, stability, and enough resources to permit the luxury of self-examination? Do we think that the world is advancing, however haltingly, toward a better world?

Or do we view humanity as fallen from a higher state? Do we believe in a philosophy of powerlessness? Do we need a doctrine to tell us what to do rather than decide for ourselves?

I woke up this morning humming, "We're simply soldiers in petticoats." Remember Mrs. Banks in the movie Mary Poppins? The original Mary Poppins was released in 1964. That was 56 years ago! I saw the movie with my mother and little sister, and my mother didn't quite get the laughing on the ceiling scene. What a shot. Ed Wynn was perfect.

"Although we adore men individually, as a rule, they're rather stupid." See what Mrs. Banks could get away with.

Don't be insulted, men. We adore you individually, but as a rule, we've had some pretty stupid men circling the globe recently.

Some people might think of Mary Poppins as a frivolous child's movie, but think of this, Mrs. Banks was a suffragette. The Fiduciary Bank, where Mr. Banks worked, was greedy and controlling. The altruistic little boy, Michael, wanted to feed the birds with his tuppence. The parents were distracted and shuffled their children off to a nanny.

But first, RESISTANCE! I check my email. *

Hey, one of you might have sent me something grand.

This popped up:
"$500.00 off coupon for a coaching course to make me beautiful.
"Enrol here," they said.

Ha ha. Don't get too serious.

*"Our daughter's daughters will adore us…."

A bit of trivia; In the Walt Disney World in the lost and found, there is a wooden leg with the word "Smith" on it.

*“Being a good writer is 3% talent, 97% not being distracted by the Internet.” Anon