The Painter with a Pen 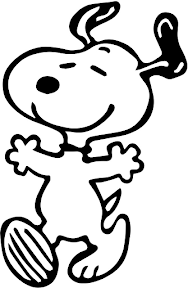 That's us. I pulled this from my ebook, I'm Writing Come Join me, for I believe some of you are writers, and I'm here to keep you doing that..

When I was about to graduate from high school, I enrolled in The Art Instruction School. Remember those ads, "Do You Like to Draw?" It was the old-fashioned way of studying at home—you know, called a correspondence course.

A salesman came to our house to enroll me after I sent in their asked-for sample drawing. I believe anyone who signed up and paid the fee would qualify, but hey, it's nice to be accepted. When I saw that Charles Schultz had been their student, I considered taking that course a no-brainer.

Schultz transformed his earlier primitive artwork into the gems we know today. At one time, he described his life as "One of rejection after another." Later on, he said, "My life has no purpose, no direction, no aim, no meaning, and yet I'm happy. I can't figure it out. What am I doing right?"

Well, dear Schultz, you knew what you wanted, you were steadfast in pursuing it, and so I read, you went to your studio every day. That's a winning combination.

"Bird by bird, Buddy, take it bird by bird." From Anne Lamott's book bird by bird.  (Advice of a father writer to his son on having a book report on birds due the next day.

Last week my niece told me she got a call from her son's first-grade teacher. Someone had complained that her son had excitedly told the class about a "Penis movie." Some sleuthing revealed that he was talking about "The Peanuts Movie." This film was a 2015 digitally produced movie of the peanuts gang from the imagination of Charles Schultz. My nephew's family had watched it the night

Parents get a grip. You could have asked him to describe the movie.

And Charles Schultz, a painter with a pen, lives on, now digitally produced in living color.

"The painter with a pen" I found that phrase buried within the Art Instruction course when I was practicing pen and ink drawings. That's what I wanted when I was drawing, and now that's what I wish with my writing.

If Charles Schultz had stopped after those rejections he spoke of, the world would have been denied multiple hours of entertainment and giggles.

We all remember Snoopy's "Curse you, Red Baron," and Charlie Brown, who just couldn't get anything right, and Lucy—who knows, well, everything

If Walt Disney had stopped his desire to be an animation cartoonist, we wouldn't have a Mickey Mouse and look where that went.

Who knows what you have to offer?

Email ThisBlogThis!Share to TwitterShare to FacebookShare to Pinterest
Labels: keep on, writing

I did it. I posted a video on YouTube. I thought maybe a no-frill video talking about The Law of Attraction could be of interest. Jewells HappyTrails#1

And there is nothing like a green forested trail to refresh the spirit, and make you believe anything is possible.

In 2006 Rhonda Byrne published a movie titled The Secret to a rousing 19 million viewers, and $300 million in gross sales. That tells me people want to know how to use the power of the mind to bring about their desires. And they want transformative experiences. I wonder how all those people are doing. You don’t hear much about The Secret anymore.

I wish I had a different name for #The Law of Attraction, but then, people wouldn’t know what I am talking about.

I believe that the transformative journey is like art, to become good at it, you practice every day.

What better way than on a forest trail?

Email ThisBlogThis!Share to TwitterShare to FacebookShare to Pinterest
Labels: practice your art of living, The Law of Attraction, video, walking a forested trail

Holy cow, I don't know why I am doing this. I click into YouTube, and what pops up? All those professional speakers. People more knowledgeable than me, more experienced, more, more. So why would anyone listen to my babble? That is a phenomenon every artist must face—putting their work out there, knowing it doesn't match the standards set by people who have practiced for 20 + years.

However, we all have a voice and a gift, and perhaps my saying whatever I have to say will spark something in someone.

If we wait until we are perfect (ha), we will never do it. And so we begin.

I have two forest walks filmed so far where I talk about this mystery we call life. My focus is called The Law of Attraction, although I wish I had another name for it. Guess I feel the title is cliché; however, here's my take on it.

Let’s say you are an artist, and I believe everybody is. To perfect your craft, you practice. You show up every day.

I view this travel through life the same way. You show up every day—consciously. You find things that uplift. You look for the good. You find ways to still your mind chatter; you pull yourself back into alignment when you stray off the path.

I would love to have you join me on Jewell's Happy Trails. The second video will be up before long. It's better. (Try not to listen to my hugging and puffing in this first one.)

You readers are special to me.

Love, Jewell, aka Jo, aka Joyce

P.s. After 100 people subscribe I can have a personal URL which will be easier to remember than this long one you're have to have the link to find.

What's the first book you remember?

I'm not talking about the tedious little readers we had in grammar school. "See Spot Run, or was it "See Dick Run?" In either case, Dick and Spot ran while Jane watched. You see, I go way back.  Now Spot, Dick, and Jane all run.

My mother read my first chapter book to me. It was Anne of Green Gables. She also read Black Beauty, but that wasn't a good idea. I didn't know about muckraking books in those days, and the treatment of that horse put an ache in my heart that never left.

But, when I discovered Walter Farley's The Black Stallion, I fell in love with that magnificent wild black horse, the author, horses, and reading. Next, I read Heidi and Jack London's Call of the Wild—those writers kicked ass.

You know what I mean, their boot didn't touch anybody's backside; they touched our spirit. They made us love books. They gave us adventure and set us on a never-ending reading trail.

Join the group. Write your book. It's worth the effort, even if your work gets shot at.

Don't you sometimes read words that make your mouth water?

An author who can seamlessly blend structure, setting, character, genre, and dialogue kicks ass. We know it when we see it, but doing it? That's another matter.

If you are at the place where you hear lofty words in your head, you see the story, you have good taste, you recognize good writing when you see it, but when you read your words and they sing off-key, chances are, you're in the GAP.

That means you're here and want to be there.

The gap will close. Keep on writing.

It's good that you have discerning eyes and that you can be objective.

You know that the writing life is magical, painful sometimes, yet worth the doing.

I'm not here to teach you how-to-write. I'm going to give you ten books to do that. I'm here to nudge. I could say kick your ass into believin', persevering', and doin'. (I've been reading Where the Crawdads Sing and have developed a southern drawl.) Talk about salivating over words. That woman kicks ass.

I was motivated to write a little book titled, I'm Writing, Come Join me. It's available on Amazon, after reading an online list of the five best books on writing, and screamed, "There are more, and I can name them!" My list is ten. But the world needs one more—mine. You can have all the best advice in the world, but it you don’t keep your butt on the chair, it won’t work. I’ll tie you to the chair. 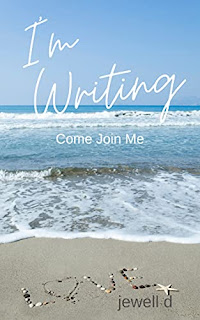 Kindle version, a bargain at $2,99. Read free on Kindle unlimited.

On the Horns of a Dilemma 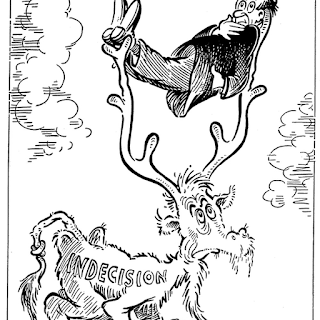 You’ve heard of being on the horns of a dilemma—big rascal that he is. Not a good place to be.

I was conflicted about the lady in the Assisted Living Apartment who I felt was being mistreated. (I wrote about it in my other blog, https://www.wishonwhitehorses.com) What to do? I was upset regarding her treatment. How much will I get the caretaker in trouble? I know people don’t act for those reasons.

And then another dilemma. A publisher contacted me, saying they wanted to talk to me. I had submitted a manuscript to Europe Books because someone pointed out that they were taking submissions for a specific time frame where I fit. What the heck, I submitted a book based on ancient mythology that I thought might appeal to a European audience. I forgot about it until I got the email.

The editor and I Zoomed for 40 minutes while this beautiful young Italian woman spieled off what she liked about my book. I was impressed that she had read it. She knew the names of my characters and named various scenes she particularly liked. She told me that it would be distributed in Italy, German, Portugal, and England. It would be taken to several book Fairs, submitted for awards, etc., etc. With my permission, she was going to present it to the deciding publishing group.

The following day I received a contract.

All the things they were going to do for me, it sounded awesome.

The trouble was I had to purchase 200 books at retail price.

If my book sells 500 copies, I will get that money back.

I sat with it for a day. I thought, well, if you have a book professionally edited and with cover art, it would be that expensive. Two hundred books sitting in my garage? The chances of selling 200 books at $20.47 plus shipping is about like filling a colander with water to save it.

In publishing, a rule of thumb is, money should roll toward the author, not the other way around.

Thanks, but no thanks.