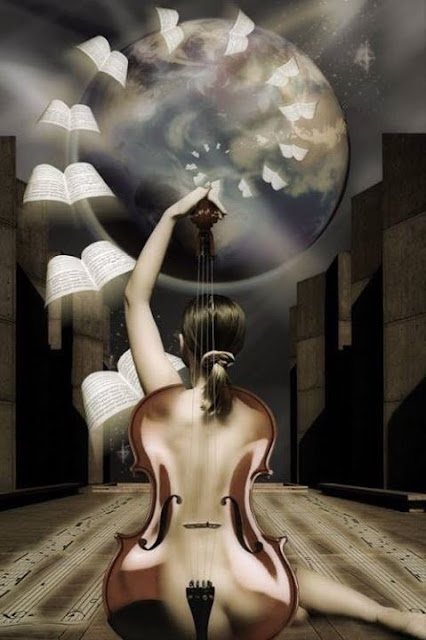 One should be very careful with books, and what's inside them for they have the power to change us."  From a #Novelicious' tweet.

A couple of months ago as I was leaving for a #Tony Robbins event I grabbed a novel to read on the plane. It was #Rosamunde Pilcher’s The Shell Seekers.

I had already read it twice but figured since I hadn’t achieved her eloquence, I would read it another time. I wanted to visit Scotland and smell the wild Thyme again. I wanted to follow Penelope Keeling through her life again. So I read it a third time. Love, lovely Pilcher.

And yesterday, I picked up one of Pilcher's older books. The opening line didn’t have it. It sounded ordinary in comparison to her writing I had just read. It was a revelation.

People do not spring to life fully formed, they develop, they hone their skills. That is what Pilchers’s Publisher told her, That she hadn’t delivered the goods yet. And so she asked what he wanted. “A big fat book for women. A good read. Something to get the teeth into. And something, above all, that tap into the life and the experiences of her generation.”

So she delivered the goods, and The Shell Seekers hit the New York Times best seller list.

If it’s in your blood, write.

Statisticians tell us that few people read anymore and that a non-fiction book might get 250 readers.

“Why do I care if I make a fool out of myself?” wrote Disney Imagineer Don Hahn “It’s called living, and while we are yet alive shouldn’t we do things that living people do? So embrace your inner idiot.”

If you are worried about making a fool of yourself, watch a rerun of the 2017 Oscars—now that was embarrassing.

From The Shell Seekers:

Penelope’s daughter is speaking to the town vicar.

“I don’t really understand why you should be so kind and accommodating. After all, we both know that my mother wasn’t a regular church-goer. She wasn’t ever very religious. And the idea of resurrection and afterlife she found very hard to swallow.”

“I know that. Once we discussed it, but we came to no agreement.”

“I’m not ever certain that she believed in God.”

Mr. Tillingham, still smiling, shook his head. Reached out his hand for the door handle of his car. “I wouldn’t worry too much about that. She may not have believed in God, but I’m pretty certain God believed in her.”

Live long and prosper and I would love it if you would follow me.

P.S. Today this blog has a mind of its own. the font will either yell at you or be so small you can't read it. See.