Where Champagne is Mandatory

I’m excited about this.

Strange, that excitement would hit me. Not about the book specifically, or its title, but its release.

My little bird. Time to fly.

Where Champagne is Mandatory
and the birds of Eden sing
by jewell d
Yep, jewell d. that’s me.

What came to me during meditation was this: First, I want my characters to see the light of day, not languish in a drawer someplace. Second, I want my book to be read, and at a reasonable price.

When a customer asked Kirkus (the review people) the question, “Who spends $12.99, or even $9.99 on a romance novel?” They answered, “Nobody

Maybe Danielle Steel can command such a price, ($14.95 for a Kindle version?), but then she has already sold a kilzion books, has a readership, and a reputation for giving a reader what they want.
Me?

I could call Where Champagne is Mandatory a romance novel for there are more romantic entanglements in it than Zebras have stripes.

I would like to call it an adventure, for that’s what my protagonist wants and gets.

And then there is a mystery. No dead bodies, but a quest, a search, and a problem that needs solving.

Regarding a spiritual aspect--that is intrinsic to all human beings.
I made a total mess of myself over this manuscript last Saturday. I wanted to enter it in a contest where I could get some feedback. I thought I had until December 21, 2020, but they changed the date to Dec 1, 2020. I had two days to run it through Grammarly, and do last-minute edits. Last-minute, I mean last day. Friday went splendidly, a leisurely work-day followed by dinner and a movie with my husband. Saturday I had the day to myself, okay, good, I'll get this manuscript completed, no sweat. I began at 8 a.m and finished at 4:30 am the following morning. Then I needed to write a blurb.

I wonder what I wrote.

The only trouble is, for three days my hips have been setting off fireworks to each other.

"How we suffer for our sanity."

When I opened my book The Frog’s Song edited by someone I adore and published by a reputable company and found words that didn’t sound like me, I decided to go with the unvarnished truth of me and my friends—the fictional people who populate Where Champagne is Mandatory. In meditation, I got, "Publish your own damn book."

Yeah yeah, I know a book must be edited, massaged, proofread until much of its juice is sucked out. Odd, too, that everybody has a spin on how it must sound, but how many people stand over a painter and say, “That line is too thick, that tree doesn’t look right there.” Nope, a painter is stuck with their smears on a page. And nobody can change them once the paint has dried. Well, a teacher can along the way, and it isn’t that I’m not open to suggestion and critiques, it’s just that I’m determined, do not want to spend an arm and a leg plus give them my first-born child, then wait two years for it to be published.

I don't have time for that.

My readers will tell me if my decision is a good one. and perhaps I will get some good advice from the contest I entered.
I could spend  $2,347 for a Critique. $4,895 for a Comprehensive Edit, and $2,535 for a Copy edit. [Sinister Laughter.]

I'm not giving them one red cent, I will, however, sit at the feet of the masters:

Mark Twain wrote: “Substitute ‘damn’ every time you’re inclined to write ‘very.’ Your editor will delete it, and the writing will be just as it should be.”

When you read my book, if you find a lot of damns, you’ll know why.

Where Champagne is Mandatory has been in the works for over 40 years. It is written as Book I and Book II, each relating to the other. I struggled with the first. The second one wrote itself.

They say when you finish a novel to go back to the beginning and rewrite it, for then you are a better writer. I wonder, though, how many times one can do that. There comes a time to get on with it.
Now's the time.

Novels are a way to know a person more than any live person, even one’s self. In a novel, we are God. And few people are as honest with themselves as are fictional characters—perhaps because they think no one is watching.

More people read non-fiction books than novels. Too bad. Art can be many things, good, bad, some are downright dismal. Like Voltaire's Candide, required reading by some sinister college professor who thought would be good for the kids. Put that back to back with Don Quixote and you are ripe for a good depression.
Did they ever stop throwing rocks at that those guys?

In my mind, fiction ought to be fun, and have angst and mystery, and have characters we can love or hate. Mark Twain said we ought to be able to tell the difference between the two--the alive ones and the dead ones.

I’ve given it a shot.

Where Champagne is Mandatory, and the birds of Eden sing has a cover. I’ll put it on my site later on, and give you a synopsis. I might need back matter, and an ISBN and a code.

Me? I’m the publishing company.

J.R.R.Tolkien, when he released The Lord of the Rings, said, “I have exposed my heart to be shot at.”

Lovely to See You 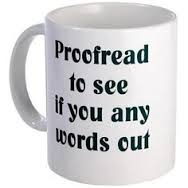 And for a Happy Trail, please go to https://www.wishonwhitehorses.com
Posted by Jo at 11:40 AM No comments:

The Desire to Create

I always think I have more time than I do. My daughter says I have no concept of time. I misjudge it. Why in God’s name do I think I must shingle the roof before I leave the house, then race like a bat out of hell to get to my appointment on time?
I noticed this morning that while I was focused on my work, and I was itching to sit down at to the computer. Did I go right to it? No. First, I washed the dishes and threw clothes into the washer. I delayed what I really wanted to do. I really do want to meet my friends for lunch, or get to that meeting on time. I must have the attitude that I musts do the dirty work before I can have fun
One advice is to eat a frog every morning then nothing worse will happen to you for the rest of the day.
When I told my daughter about eating a frog, she said, “But then you will have frog breath for the rest of the day.”
I ought to re-think my priorities.
Not long ago I drove from Eugene to Roseburg to have lunch with a friend. It’s about an hour and a half drive, and I left in plenty of time. However, I was so worried about being late to my friend whom I love and who is always on time, even ahead of time. But, what did I do? I totally screwed it up.
Here is a great demonstration on how sometimes we focus on the negative so much that we get what we have focused on. We get WHAT WE DON’T WANT.
What we don’t want is so strong it blots out what we intended in the first place. I wanted to be on time.
I wasn’t.
Why was that?
She said to meet her at her office. Go to the side parking lot. I got there, I went to the side parking lot, and checked the door. Being Saturday, the building was locked up tight. I rattled the doors thinking she was inside. I went to the front doors as well. No answer. I tried to call, no answer.
I did go to the side, and I did go to the front, but not getting her, I punched so many buttons on my phone that it completely froze up and remained that way until a day later when I went to Costco and had them defrost it.
Bottom line. We did connect. I walked across the street to a deli and borrowed a wonderfully helpful person’s phone. I got my friend. She was waiting for me at the side of the building—where she said to go, but she got there after me, and then I lost my phone connection.
I was late.
She was cool with it.

What if, we decide to live in a beautiful state no matter what.
This is an excerpt taken from my other blog, https://ahha.blog
Posted by Jo at 10:57 AM No comments: