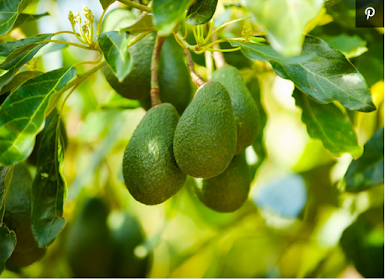 I tasted my first avocado after I was grown, married, and had graduated from college.

When I encountered a sugar-cube sized piece of avocado in a salad, I thought I have bitten into a raw fish. But when I discovered guacamole, the avocado world opened its doors and played celestial music.

Now we wrap raw fish and avocado in a pillow of rice, tie it up with seaweed and call it a delicacy.

When I began reading Natalie Goldberg's book Writing Down the Bones (My new one, the 30th year edition), she told about tasting her first avocado in the 1960s. With that, she gave us permission to write about such things.

To become a writer, you write. You put pen to page and begin and keep on keeping on.

When William Cowper (1700) was stuck with nothing to write, Lady Austin told him he had no subject and suggested he write about his sofa. His sofa poem turned into an epic poem, including all manner of furniture.  As it turned out, Cowper changed the direction of poetry by writing about everyday life.

I was drawn to Cowper when I read this: "To find the medium asks some share of wit, and therefore 'tis a mark fools never hit."

I figured that man had a handle on life (1731 –1800). I found that he was the most popular poet of his day and a forerunner of Romantic poetry. He was also a hymnist, "God works in mysterious ways, His wonders to perform." How many times have you heard that? Cowper translated the Iliad and the Odyssey from Greek into English blank verse.

See what neat things you learn when writing with a little curiosity.

When Cowper was six-years-old, his mother died giving birth to his brother. This grieved little Cowper bitterly. To add insult to injury, his father sent him to boarding school, where he was bullied. He and his brother, who he was close to, were the only two of nine children that survived infancy. Cowper fell in love with his cousin, but because of their close genetic ties, his uncle forbids the marriage.

Cowper fell into depression and madness for a time and was tenderly cared for by a lady friend to whom he became engaged but never married.  He recovered his sanity only to have another bout, later on, believing that God wanted him to sacrifice himself.

Well crap. Old religion doing a number on a person again.  He doubted God but wrote hymns. Pool fellow. I heard he never entered a church again, but what if he had learned that God doesn't have an ego problem? Why would a supreme being care if you believed in him or not? Would a loving God demand sacrifice? Nada.

If Cowper knew this, would it have made a difference in his mental health? What if our purpose is to live in joy? I guess that was a concept unheard of in those times. And living by other's rules can screw up many an innocent soul.

Cowper's life was the sort they tell writers to write of, "Throw rocks at your hero," they say.

But make the ending satisfying.

And whether you agree or not, a happy ending is more satisfying than a sad or ambiguous one.

Would we have remembered Luke Skywalker if we found he had failed Jeti training and didn't destroy the Death Star?

Words of the wise say that the beginning of your book will cause people to read it. The ending will win you fans.

You can write for fun or self-examination. You can journal, write morning pages, or go wild and make up stories.

And why more readers read non-fiction than fiction is beyond me, for much can be learned from fiction. A skilled writer can weave self-improvement into the story, so it is almost impossible to know you are getting it.

Here I am praising fiction but writing non-fiction. There is room for both. Besides, we are into How-tos, wanting answers, and looking for data, so it is logical that non-fiction would gain the highest readership.

Natalie Goldberg was one of the first writing instructors to tell her students that writing is a therapeutic endeavor.

When we moved from Temecula, California to Eugene, Oregon—or rather back to Oregon, my husband packed up the Prius with his shop equipment and moved to Oregon to begin a new job.

That left the packing and shipping for my daughter and me to complete. I chose U-Haul Pods. We thought six pods would do it. However, at the last minute, as the sweet girl fork-lift driver was loading pods onto a mammoth truck, the scale on the fork-lift told her some Pods were over-weight. We found that paper-filled boxes were heavier in one Pod than another that contained an airplane engine. Yep, we were shipping an airplane engine that was so heavy daughter threatened to roll it down the hill instead of packing it into a Pod. However, the two of us hefted and rolled it onto the bottom shelf of a rolling cart and pushed the cart into a container.

Bottom line: as we were scrambling to pull out boxes, one removed box contained my favorite books on writing. We had determined that rather than order another Pod, we would donate more to Good Will or Salvation Army.

My books on writing kept getting shuffled aside. We had already loaded the pickup truck bed to the brim and tarped it. The U-Haul trailer we were pulling behind it was full.  (Remember our faithful Pickup truck that went to Hawaii and back? It had carried those 19 loads of household belongings from the Mattson sea-going container to the house, then back again.) that truck was moving us again. I looked into the pickup’s cab—no room.

We were carrying the driver, me, a passenger, my daughter, and Peaches, our little poodle, would be on the bench seat between us. Daughter's three-year-old son, my grandson, would be in the backseat alongside a 150-pound Newfoundland dog. Oh, yes, and we had two cats and no room for a box of books.

No room for cat carriers either. Nina and I put harnesses on the cats, so we could clip them inside when we wanted to leave the truck for whatever reason. So, I dropped them into the truck to sift into whatever spaces they could find.

And we took off.

My books were left for a scheduled Good Will pick up at the house, where they would go to another writer—who is probably rich and famous by now.

[From Chapter 4 for Grab a Pen and Kick-Ass by jewell d with permission from the author.]

Thanks for giving it a look-see.