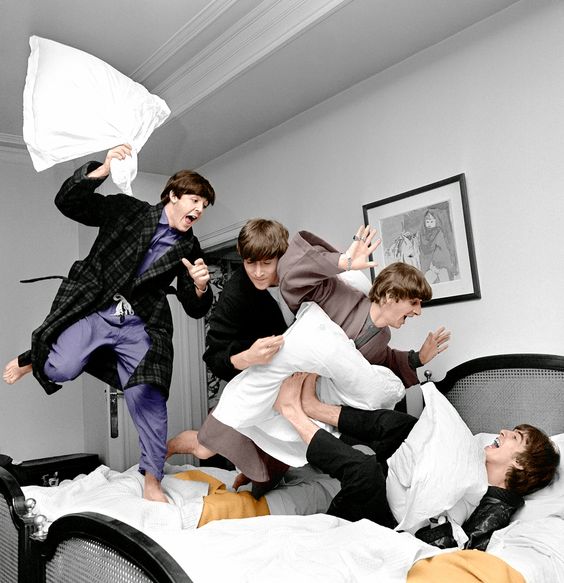 The Beatles, remember them?

They were that little band that apparently jumped from Liverpool to stardom overnight.

One of the band’s earliest gigs was performing near military bases in Hamburg Germany. They played eight hours a day, seven days a week, for eighteen months. So the band that seemed to drop out of nowhere had already played together for an astonishing 1,200 gigs by the time their first single hit the charts.

This may seem daunting, for it appears that some youngsters come out of the starting gate and win the race. But we don't know those people--we don't like them either.

Long ago I read that it takes 20 years to make a writer.

I asked if that came with a guarantee, but no one answered.

I dove in any way.  I decided that I wanted to be a writer, and I was willing to put in the time.

It’s been a fantastic 20 years, but I am not a rich by being a writer yet, my writing doesn’t sparkle as some do, (Dear Ray Bradbury, I’m still reading and writing), no major publishing house has bought my work.

Am I a failure?

Malcolm Gladwell in his book Outliners said it takes 10,000 hours to be “a world-class expert.”and he's the one who used the Beatles as an example.

"World class expert." Perhaps we don't have to be one to be successful, maybe he's wrong, or on the possibility that he's right perhaps we are willing to put in the hours.there's the catch.  And consider, maybe he's wrong.

“Who wants to become a writer? And why? Because it’s the answer to everything. … It’s the streaming reason for living. To note, to pin down, to build up, to create, to be astonished at nothing, to cherish the oddities, to let nothing go down the drain, to make something, to make a great flower out of life, even if it’s a cactus.”
—Enid Bagnold

“We are all apprentices in a craft where no one ever becomes a master.”
—Ernest Hemingway

(There go the "world-class experts.")

Yep, that’s what I was saying, only they said it better.
Posted by Joyce at 12:49 PM

Where The Tiger Belches, is a quest to find that spot that represents your true self, your reason for being, your purpose. In The Alchemist, Paulo Coelho sends his shepherd boy, Santiago, on an adventure to find his "Personal Legend." It's a fairy tale, as is Where The Tiger Belches.
This small mailing will come, (if you request it) monthly in your email box.
It was sold initially as a monthly subscription for $1.99/mo. When you sign up for the year @ $12.99, you will get the first four issues, plus one per month totaling 13 issues. (The first month's was free.)
We're in the 5th month. I don't know if we will find where the tiger belches, we're making it up as we go along.
Come along, I need company.
You wouldn't want to leave me alone on the jungle trail would you?