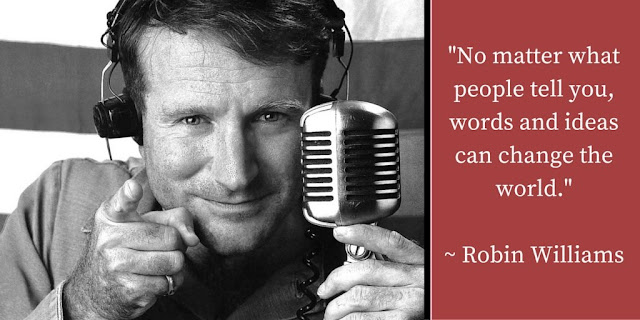 Shanee Edwards in Screenwriters Magazine lists Steven Spielberg's seven great story tricks he used in BFG, (the movie Big Friendly Giant) from the book by Roald Dahl. I thought I had read all the children's books by Roald Dahl--don't know how I missed that one.


.No. 1 — Go to the dark side
Spielberg says we root for the character the more the character endures--especially if he is a child.
In a typical Hollywood narrative arc, characters must be tested and the happy ending must be earned. Darkness and redemption must be balanced to give the story heft.

No. 2 — Dream all day
Daydream about your characters.  In the film, the Big Friendly Giant collects dreams and stores them in jars, showing how important dreams are

No. 3 — Take your time getting to the good stuff
Storytelling isn’t a race.
Spielberg has also been quoted as saying, “All good ideas start out as bad ideas, that’s why it takes so long.” Don’t judge yourself, just keep working on your idea until it feels authentic to you. Then rewrite, rewrite, rewrite.

No. 4 — Don’t be boring
Right,
Of course, we don't want that, yet don't most of us wonder if we are boring our readers?
No. 5 — You don’t need to attend a fancy film school
Hallelujah.
Legend has it Spielberg applied to USC’s film school, but couldn’t get in due to his poor grades. He attended Cal State Long Beach but dropped out when he was offered a film contract. Making his first film as an 11-year-old to earn his Boy Scout photography badge, it was Spielberg’s passion and dedication that brought him success as a director,

No. 6 — Structure is king
“People have forgotten how to tell a story," says Spielberg. "Stories don’t have a middle or an end any more. They usually have a beginning that never stops beginning.”
Act one should ask a question that gets answered in act three.

No. 7 — Read everything you can
Watch movies, read screenplays, and read books!
Reading opens your mind, stokes your creativity and helps to understand various points of view. ”Only a generation of readers will spawn a generation of writers.”