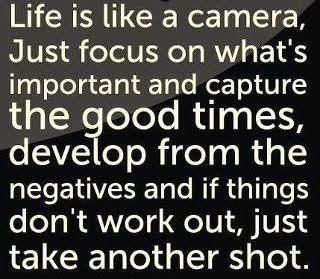 “By the time I was fourteen the nail in my wall would no longer support the weight of the rejection slips impaled upon it. I replaced the nail with a spike and went on writing.” - Stephen King

What if we really take a chance as go for what feels right? You have heard it said that “Life’s supposed to be fun. “Go for your dream.” “Live the life you have always wanted.” But often we muck around in the mire and complain that we are dirty.

I am trying to get it.

Those of you who have followed my whining and continued search for my place in the world know that daughter and I had decided to be Real Estate Agents. We paid our dues. We took the course. We passed the exams. I even download 145 pages of Oregon laws and read every one of them.  (Poor baby.) We endured the four-week wait for the background check and the fingerprinting to come through, we interviewed Brokerages. And then we came to a screeching halt.

Perhaps we aren’t cut out to be Real Estate Agents.

I feel like the man I heard about in San Diego. He had always wanted a Rolls Royce. And then he got one. He drove his big brand new expensive vehicle out of the Dealership, around the block, and stopped. “I don’t want a Rolls Royce,” he said, and took it back.

How often do we continue with something because we have invested time and money into it, and feel we must complete the job? Now daughter and I have a saying, “We are shingling the house.” We flipped a house once and I thought shingling it was a good idea—the only problem was the shingles were “shakes.” And it looked horrible. Luckily we began at the rear of the house, and pretty much had completely covered that portion with singles-ah ugly shakes—thinking that eventually it would look better.

Finally we dropped our hammers, stood back and agreed. We hated it. So we tore off all the shingles—ah  shakes—filled the nail holes, wainscoted the house half way up, board and battened the top, painted it creamy yellow with white trim, and it looked delicious, like a Boston Cream pie.

The shake-making facility took back the remainder of the shakes, and all ended well.

And now, I am off into a new adventure, one wrought with fun and excitement, and a service many of you would love to avail yourselves of.

Want to know what it is?