Anne Bancroft, Mel Brooks And Me – Manifesting A Dream


The year was January 2005.  My marriage of twenty years was over.  My parents who I had been a caregiver to in their later years were dead.  My son was grown and no longer needed me like he did when he was young.  Suddenly, I was at a crossroads in my life.


It was at this time that I read an interview by the actress Anne Bancroft. 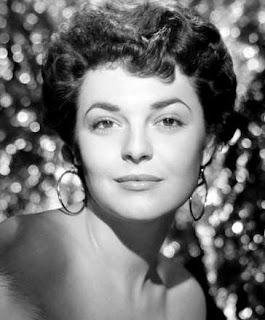 Anne talked about there being few roles for older actresses.


At first I was surprised by what I was reading.  To me it was simply inconceivable that an actress such as Anne Bancroft, who had garnered five Oscar nominations during her illustrious career, and had won one Oscar, two Tonys, two Golden Globes and an Emmy, was no longer being offered leading roles.  That smacked completely of ageism in Hollywood against older actresses.


Right then I decided that I would take my writing talents and I would write strong character-driven screenplays for older actresses.


In January of 2005 I sat down determined to write an incredible screenplay for Anne Bancroft.  I even thought that if this age bias against older actresses was as prevalent as I was beginning to suspect it was, that my screenplay could very well be Anne Bancroft’s swan song — and if it was I wanted to send a powerful message to Hollywood that older actresses could, indeed, open a film!


I was so irate by the injustice that older actresses, who had worked a lifetime at perfecting their acting skills and honing their craft — and were now at the top of their game, were being blackballed by Hollywood just because they had reached a certain age.  It angered me so much, that never once did it dawn upon me to think, “Hey, wait a second!  Who the heck are you to think that you can write a screenplay for Anne Bancroft?”


I was, after all, a completely unknown writer who had only two published articles to my credit, and they did not even appear under the byline of my maiden name, Joan Oshatz.  Instead they appeared in The Los Angeles Times under the byline of my married name, Joan Peters, since I was married at the time — It Pays to Have Women in Films and It’s High Time a Channel Targets Women of the ‘90s.


Nevertheless, I kept fantasizing just how excited Anne Bancroft was going to be when her agent called and informed Anne that she had read the most brilliant screenplay written just for her.


And then I fantasized Anne Bancroft’s reaction upon hearing the news.  “Really?  You mean somebody remembered that I was once a star?”


But my fantasy did not end there.  Instead, I would go on to fantasize that Anne Bancroft’s agent would pdf my screenplay to Anne to read, but somehow by mistake she ended up e-mailing it to Mel Brooks.


Then Mel Brooks would read my screenplay and he would be totally captivated by it.


The next thing that would happen in my fantasy was that my telephone rang and it was Mel Brooks calling me.


“Hello, this is Mel Brooks.  I’d like to speak to Joan Oshatz.”


My God!  Could it be true?  Was Mel Brooks really calling me?  My inner voice screamed, “Say something!  Do you want him to think that you’re dumb?”  I struggled to remember my name.


“Joan, I have just read your screenplay.”


I felt like fainting!  Mel Brooks had read my screenplay!  But I didn’t faint, because I needed to know what he thought of it!  If he hated it, I was going to give up writing.


Phew, I didn’t have to give up writing after all!


“I only have one criticism,” Mel Brooks said.


I was ready to burst into tears.  Mel Brooks didn’t like my screenplay after all.  He was just being polite when he called it brilliant.  He hated it!  What made me think I was a writer and that I could write a screenplay for Anne Bancroft?  I was being totally delusional.


“Your screenplay needs to be funnier.  It is missing that one element that would make it really funny,” Mel Brooks said.


“What is that element?”


“Me!  You need to have me in your screenplay,” Mel Brooks said.


“Precisely, and that’s why it’s not as funny as it can be.  Can you imagine having me, Mel Brooks, in your screenplay?  Now that would be funny!”


I tried to imagine having Mel Brooks in my screenplay, but not even my imagination could stretch that far.


“Mr. Brooks, am I understanding you correctly?  You want me to rewrite my screenplay and add a role in it for you?”


“That’s exactly what I’m saying — and preferably a leading role so that I can co-star in it with my wife — and then maybe I’ll even consider producing it and throwing in my directing talents too!”


Holy Toledo!  Mel Brooks was offering to co-star, produce and direct my screenplay!  Golly, this would really be phenomenal if it happened!  The only thing that had me a little nervous was I was hoping Mel Brooks didn’t suggest that he would rewrite my screenplay too.


“My family and friends call me Joanie.”


“Well, when I was in film school my writing professor said that I was the female version of Woody Allen, Mel Brooks and Neil Simon all rolled into one.”


“Your writing professor said that?”


“So if your writing professor said that, who do you think is the funniest — Woody Allen, Neil Simon or me?”

I decided it was time to hang up on my imaginary conversation with Mel Brooks.


Four months went by.  I had incorporated Mel Brooks into my screenplay and I was working on perfecting my script.  It was now April of 2005.  My imaginary telephone rang.


“Joanie, I think you know me well enough that you can start calling me Mel.”


“Are you making me funny?”


“Are you making me funnier than Woody Allen and Neil Simon?”


Since this was an imaginary conversation, I decided it was time, once again, to hang up on Mel Brooks, which is something that I would never do in real life.


I continued working on my screenplay and I received no more imaginary phone calls from Mel Brooks, which kind of disappointed me, because I actually enjoyed talking to him.


And then my phone rang on June 8th, 2005.  By now I had been working six months on the screenplay and it was just about finished.  However, this time it was not an imaginary phone call.  It was my sister-in-law calling to tell me that she had just heard on the news that Anne Bancroft had died of uterine cancer.


I took Anne Bancroft’s death very hard.  It was inconceivable for me to think that this consummate actress had been silenced forever.  Yet, I knew that her legacy would continue to live on in all the wonderful films that she left behind.


In my last post, The Money Tree – Or Quieting The Negative Voice Inside Of Me, I talked about how important it was to use your imagination when wanting to manifest your heart’s desire.