I love you guys. Thanks for reading my blog. Without you I'd be talking to myself, and you know what they says...

I have to tell you this for I figure many of you are writers, and you know about that fear of pushing the publish button.

Well, I wrote two children's stories years ago, then imitated the movie when the fellow waves his hand over the signature line of a check, just not quite getting his hand to sign it. I just couldn't push the publish button...until now.

When I was a kid, I rode a school bus—as many of you have. We lived near the top of a long sweeping hill, and I was the first kid on the bus each school day. The driver lived further up the hill, and each night he parked the bus at his house. In the mornings, it was easy, he just picked up the kids on the hill and drove us into town, to school.

My kids say I have no inkling of time, and I guess I didn’t in those days as well, for often, I was running down our steps as the bus was coming to a screeching halt outside our gate. The driver took to honking for me. The trouble was he laid on the horn for about a block before arriving at our house, and he honked whether I was running or waiting. (We did have an elderly couple living across the street, who were former owners of our property. They were hard of hearing, and never complained.)

After six kids were onboard the bus, the driver pulled into a neighbor’s drive, parked on his steep driveway, set the emergency brake, and with an “I’ll only be a minute,” jumped out of the bus.

A moment later, I felt a slight shutter as the bus gave a groan. I knew the brakes were about to fail.

Well, the driver heard it too. He flew into the bus, and caught the controls before the bus, with six kids on board, began to roll.

My story set the stage for this children’s book: The Incredible Yellow School Bus. It became a fantasy, of course. 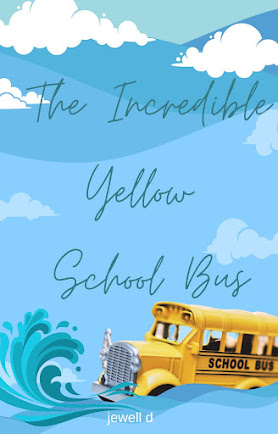 I wrote the story when my second daughter was in the first grade. The protagonist/narrator was 11 years old.

The story sat in an old file. Although my daughter kept telling me to publish it. I didn’t think I could.

Fast-forward 20 years, I wrote the sequel, A Journey into Inner Earth, set four years later. The protagonist was then 15-years-old. 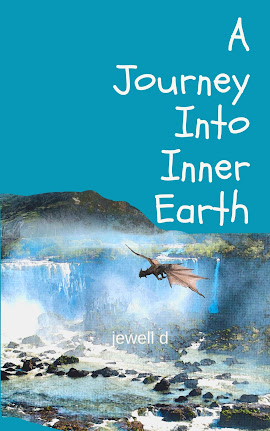 On my birthday a week ago, my internal voice--you know the one who likes to whisper? This day, mine screamed: “PUBLISH THOSE BOOKS, STUPID!”

My ears are still ringing.

I’M DOING IT. (But don’t call yourself stupid—yourself is listening.)

Note, I am jewell d

Both books and now available on Amazon.com

P.S. Do you have an old story sitting in a drawer?  Maybe it needs a facelift. 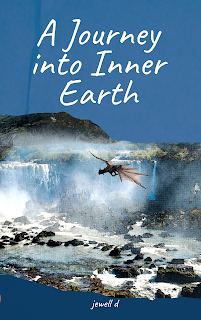