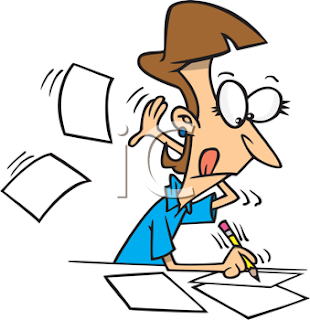 Steven Pressfield, (The War of Art, and Nobody Wants to Read Your Sh*t) writes this:

"My demons were about finishing. Until then, I had gotten to the 99-yard line on every project and compulsively blown them all up. I couldn’t get to THE END. I couldn’t ship, to use Seth Godin’s perfect term.

"There’s a legend about Michael Crichton (Jurassic Park, The Andromeda Strain, many more) that as he got close to the end on a novel he was writing, he would start getting up earlier and earlier in the morning to work on it. First it was six o’clock, then five, then four. Finally he’d have to move out of the house, check into a hotel, just to keep from driving his wife crazy.

"Michael Crichton was smart. He knew that as he approached the moment of truth, of  shipping, of exposing his creation to the world, his inner Resistance would ramp up its intensity, trying to sabotage him, to keep him from reaching THE END.

"So he upped his own intensity. I didn’t know Michael Crichton, but I can imagine his self-talk during those final do-or-die weeks. No doubt he lashed himself like a Marine drill instructor. He encouraged himself like a highly-paid coach."

There is something about overcoming resistance, that is procrastination, and completing a project that is satisfying even if nobody wants to read it. (Bite your tongue.)

The Sh*t, Pressfield is talking about is your crappy stuff. Keep going until yoiu get good stuff. I don't know any other way, except keep going. The successful ones have never given up.

Rejections? Yep, you'll have them.

My daughter told me about a TED talk she heard where the speaker knew he had problems with rejection, so he set himself up for 100 days, a rejection a day.

I have to find that talk. He was very creative in his asking. One was walking up to someone on the street and asking for  $100. Another was asking a hamburger joint if he could have a refill on his hamburger--you know, like they give refills on Cokes. Finally when he asked if he could plant a flower bulb in their back yard, the person asked why? That gave him a chance to explain his process. .