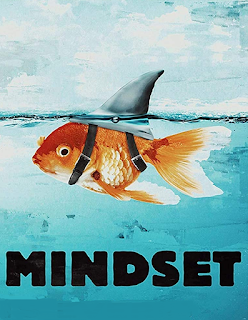 I'm leaning on you today.

Readers, you're welcome too.

Everybody writes, like everybody walks (you know there are some exceptions). You love it or hate it. You rush to write or avoid it as though you are about to sit next to that person at the dinner table who will tell you her life story—the bad parts—then tell you again.

Right now, I'm enjoying reading more than writing. The authors are better. I feel inept. I have a book in mind, but I fear the process. I know the time involved. I know how hard it is to get a publisher. I know how few will read it.

I'm turning to you guys asking, "Do you ever feel this way?"

For years I wrote for fun. I wrote because it was my self-expression. I wrote for nothing in return. I figured I was honing my craft.

I believed it was a creative outlet and that everyone ought to have one.

I believed that morning pages were a way to pour out the crap (that nobody would see) and allow the good to come out. I thought that if more people wrote their "Morning pages," putting a period at the end of their whine, uh I mean sentence, it would quiet the mind and let the good stuff through.

I believed writing was a therapeutic endeavor.

I was expecting to receive some reward, I wanted my writing to pay. Instead, I'm feeling the pressure.

This morning I was reminded once again of Anne Lamott's writing advice, "Write Shitty First Drafts."

Well, that takes the pressure off.

Hemingway said, "Write drunk. Edit sober." You don't have to get drunk; you get the idea. Write with abandon, then pull in the reins, and clean it up.

I began this blog yesterday. Today, I followed Steven Pressfield's advice. He referred to the Lady of Fashion, Coco Chanel's advice on fashion. "On your way out the door," she said, "look in the mirror. Then take one thing off."

Steven Pressfield says Chanel's advice applies to writers. Pressfield, once a screenwriter, said his mentor's advice was to take 10% out of his script, then take 10 off that.

Soon I'll be down to zero.

However, I'm going for that shitty first draft and a piece of writing advice that arrived in my mailbox this morning: "Save editing for the end."

"Writing and editing are two separate processes,” wrote Shawn & R.J. from Book Marketing Tools, "so guard them fiercely! When you start editing during your writing process, everything grinds to a halt. Stay mindful, keep the processes separate, and you'll see your mindset shift."

Carry on, dear one,

Over a decade ago in the foothills of the Himalayas, before much about mindset unfolded, Brad Stulberg asked a Nepali Sherpa named Indra about the prayer flags that were all over. “It’s simple,” he told me. “When you are feeling a strong emotion, you plant a flag. Since the beginning of time, my culture believes the wind will spread that energy and the universe will receive it.” 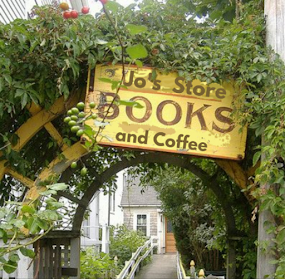