A Piece of Sky

This picture will make sense eventually--maybe. 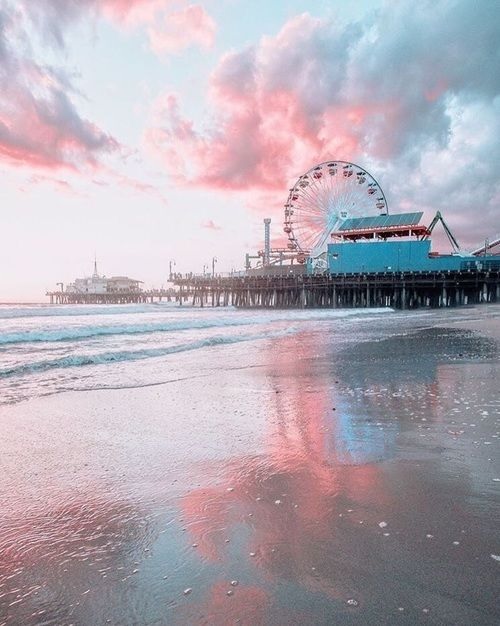 Here I am sitting in my office on wheels, aka pickup truck, outside the grocery store. the day is gray, not like the picture above. My little dog is beside me licking her paw. I’m sipping a latte’ bought on the way here, and since I also carried a notebook from home, I open it.
This quote popped out at me: “We change what we focus on.”
No, that’s only half the story. We might manifest, or draw to us what we focus on, but change is another matter. It appears that sad, depressing, or hurtful stories get fixed in our gray matter waiting to be cycled and recycled over and over.
I left the house in an emotional slump, but now, having changed the scenery and meeting fun people at Dutch Bros coffee Kiosk, my emotional state is creeping its way up.
It’s been a trying week here in Junction City.
On Saturday the 22nd, the mother of my brother died of Alzheimer’s. The following day, Sunday—strange as this is—my daughter’s mother-in-law Phyllis, died. On Sunday, Phyllis, just short of 92, a lady who lived a long life, was bright in mind, had a stroke on the eve of Saturday, and died Sunday morning. She had a long life and a short death. Well played Phyllis.
I awakened in the night, saddened that Phyllis was gone, then got mad, thinking, Shit, no happy endings.
I want to throw rocks—not at anybody or any living thing, just throw rocks for the sake of alleviating frustration. I can hear them plunking in the water.
I have endeavored to maintain a positive attitude here on this blog. However, what do you do when you feel slammed?
Do you keep quiet?
Do you crawl under the covers and pull the blanket over your head?
Do you turn to other humans that might understand, not to dump on them, but to seek guidance, and yes, for tea and sympathy?
I turn pen to paper…
I remember what Julia Cameron said in The Artist’s Way about writing morning pages. Writing out your thoughts and feelings is a way to release tension, to throw out the junk. It is putting a period at the end of a sentence, instead of the mind’s tendency to replay.
Your morning pages will clear the way for your creative endeavors. And don’t show these pages to anyone.
Am I breaking a code here?
No. My intention here is to release frustration but to also be of service to others.
I have a friend who, over the holidays season relives the death of her dog and other family members who died during this time of the year. She suffers over and over every year. That’s what I call fixing it in your brain.
Contrast this to another friend who says she is happy all the time, and since I know her history, I also know that she has slain dragons in her day.
To take a spiritual journey is to grow.
You know how it is if we have a goal and once reached if we don’t set a new goal we stagnate, become despondent and glum.
Time to get out the warrior’s sword and slay—oh I like dragons—let’s slay demons instead.
After I said, “Shit, no happy endings,” a little voice spoke to me, “You signed up for this life this knowing full well the rules, birth—death. Your mission, should you choose to accept it, is to do something with the middle.  Besides, think of it this way, Phyllis will get to see her husband she has sorely missed for 40 years.

The Mystic, Annie Dillard in Pilgrim at Tinker Creek surmises that life “is often cruel, but always beautiful. The least we can do is try to be there.”

“The emerging heroic ideal does not see life as a challenge to be overcome, but a gift to be received.” (From The Hero Within by Carol S Pearson.)
Remember, the hero is you.
The world honors struggle, and wealth and celebrity. Heroes are—you know, those people, or animals, who have done courageous deeds, saved someone from a burning building or from other perils.
Those rarefied events come few and far between. Life comes daily.
Think of the quiet souls who take their journeys, face their fears, and daily walk through the fire of human experience. These are the heroes I am talking about.
The increased complexity of life has caused many to feel powerless. Notice how bad deeds are winked at, or ignored. If an employee sees something amiss, his boss might call him into the office admonishing him: “We don’t need any heroes around here.”
Yes, we do — whistle blowers, people who speak up, people who live their lives and speak their truth.
Let’s look at it this way; we have a 2 million-year-old brain that’s not designed to make us happy. It’s designed for survival—and it’s always looking for what’s wrong instead of what’s right.
Happy is our job.
I’ve tried to place a guardian at the door of my mind, and it fights me. It brings up images I hate. They say we can control our thoughts, but what do you do when those thoughts go amuck?
Get out! Do something different! Get out of your own mind!
We do fall into an emotional slump sometimes, grappling with death is one, but  there are arguments, disagreements, disappointments—You know, life.
“I wish you would get over this problem with death,” says the teacher Abraham. “You are forever beings.”
My daughter says, “Yeah, I wish we would get over it too.”
It may sound simple, but everybody has fears. Everyone is concerned about death—we have been taught to fear it. Everyone thinks that they aren’t good enough, smart enough, rich enough, or know the right people. It’s the human condition. Tony Robbins says, “The quality of your life is where you live emotionally.”
Action works wonders. It changes the chemistry of the body.
Now, sit up straight, put a big stupid grin on your face. Don’t you feel better?
Dillard imagines that the dying prayer should be, not “Please,” but “Thank you.”—as a guest thanks his host at the door. The universe, she explains, “was not made in jest, but in solemn, incomprehensible earnest”
I wrote all of the above yesterday.
Today is the dawning of a new age, a new year.  I see a piece of blue sky.
Today I’m charging full steam ahead, and I just read something wonderful.
If you have ever had any thoughts, as I have, about young people and the constant play of video games, this will uplift your spirits.
In a genre that is often associated with aggression and violence, Jenova Chen, a video designer, called “The Digital Monk,” has designed a video game promoting peace, generosity, and compassion through a personal trans-formative video game called Sky. It will be released in 2019.
In 2006 a video designer said, “When a video game actually makes you cry, you know you have made it”
Apparently, Chen has accomplished that.
Somewhere hidden among ancient writings, we find the Supreme Creator saying this: “In times of trouble I will send a comforter.”
“Controlling a group of heroic people is a bit like herding cats.”—Carol Pearson
A reader responding to Supreme Court Justice Ruth B Ginsburg’s recent fall breaking two ribs then having cancer surgery, said, “If you need a kidney, a lung or a liver, I’ll give you one.”

Thank you for being here. I know you could be doing any of a number of other things, so I totally appreciate that you sent time with me.--Jo
Posted by Jo at 2:49 PM