Who Needs Another Blog? 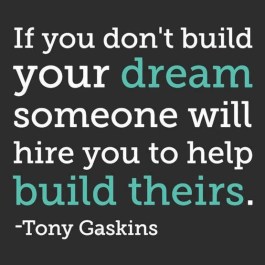 Who needs another blog, another novel, or another non-fiction book?

Perfect, smell, smell. You are enough. Keep doing it UNTIL.

Who needs another person blowing their own horn?

If you have a horn—blow it

If you think the world doesn’t need your product, think again.

You are the only person with your take on the world and the people in it.
Think  of  Oprah Winfrey. If she had said, “The world doesn’t need another talk show, Phil Donohue has that sewn up,” we wouldn’t have gotten her contribution. (And that lady just might be the one to overturn the next Presidential election. In my dreams.)

This morning I listened to #Steven Pressfield, a novel, non-fiction and screenplay author. #Marie Forleo interviewed him specifically about his three non-fiction books, The Art of Work, Do the work,  and Turning Pro. He self-published Turning Pro saying he wanted control of his own content, his own book cover, and to make $3.75 a book instead of 30 cents.  His publisher would not allow him to give away copies. His response? If I give away 1,000 copies, at least I have my book in front of 1,000 people.

Give it some thought.

In a conversation with my friend June about what I was writing, she said, “A spinster, a retired school teacher?! That won’t fly.”

Oh, but June, one is never too old for romance and for living an exuberant life. Wonderful June discovered that when she moved into a retirement complex and fell in love with a widower.

We never know the ramification of our lives do we?

When I told June the opening line for a sequel, to Song of Africa,  “You killed my mother you low-down son-of-a-bitch.” She said, Hallelujah! You have been too nice.

But then June had not read my books.

(She has macular degeneration.)