No Money, Not Now, Not Ever 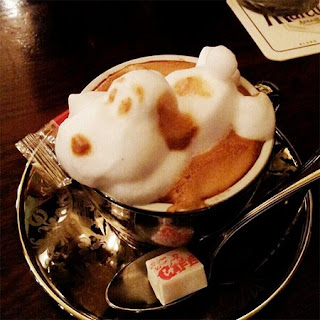 When we lived in Hawaii a doctor asked me if I knew about the Big Island.

“If your husband needs more care you will have to go to Honolulu,” he said.

Commute from the Big Island to Honolulu?”

I don’t think so.

I couldn’t get off the Island fast enough.

Well, your attitude toward marketing for one.

There is a certain marketing ploy that works—up to a point.

It has caught me a couple of times.

It was a great download, good information, I was impressed. A true gift. I felt he was the real deal. He could help me with blogging. Maybe I really haven’t gotten the gist of it. I could use some help. How do I write good headlines? How do I keep people interested? How do I write good content, be entertaining, or informative?

I “need” to keep joining this, buying that. I’m not good enough until I buy something else—he can teach me. That will do it…. until the next great thing comes out.

Maybe that’s the way bloggers earn their $100,000 a year. But I’m not going to do it.  I’m not trying to sell you anything. And I’m never going to ask for money on this site, not now, not ever.

When I had horses I was following Pat Parellii’s training techniques, and he said that what most people are doing, do the opposite.

A couple of weeks ago, I watched the Belmont Race—and watched handlers pulling on the horse’s mouth to get them into the starting gate. It worked. They got the horse into the gate. I know though, that a horse works better being driven than pulled. With a tap of a carrot stick on the rump, don’t hit them, just tap them, the horse would probably jump into that gate. And on top of it you would earn the horse’s respect. Don’t know, haven’t tested it. But there is an old Indian trick of getting a horse into a trailer. Pick up a handful of pebbles, and toss them—little prickling taps on a horse’s rump—and he jumps into the trailer.

I hate it when something I have loved turns on me, and that has happened with a number of marketing ploys. As I said, the marketing technique started out good. Give them a freebee, and then you have their email. After that you suggest, or push something else, then something else. I’m even willing to pay for good material, but enough already.

Did the horse feel that way when yanked into the starting gate?

I won’t yank you. Maybe I’ll toss a few pebbles at your rump.

I’ll ask you to join my blog, or sign up for a freeby, but that’s it.

No money. Not now. Not ever.

So here we are.

I don’t know how to tell you how to find an agent or how to get published.

I don’t know how to tell you how to write good content, or how to write without grammatical mistakes, or typos or any of that falderol writing gurus like to hit us with. (Yes, and I ended a sentence with a preposition.)

I DO know how to motivate you.

I know how to tell you to keep your butt on the chair.

I know how to tell you that what you have to say matters.

I know that you are a gift to humanity, and to express that gift.

I know that we are not given a desire without also being given the way to achieve it.

I know that the Universe doesn’t play games. It is clear, so clear that we get muddled in trying to understand it. We think it is supposed to be hard.

People have told us it’s hard-- the starving artist idea you know. “If it was easy everybody would be doing it”—those sorts of things.

You know something? Life’s supposed to be fun.

And what if most everything we have heard is wrong?

I invite you to sign in. I want to know you. I'd love it if you followed me.