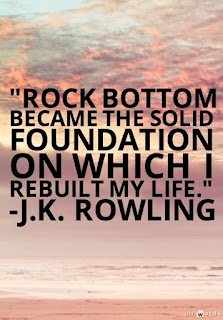 I saw the movie #Iris last night, about a “Geriatric starlet.”  Iris is a ninety-three year old designer who is giving more exhibitions of her outlandish combinations of apparel and jewelry that than there are pigeons on the Statue of Liberty. What fun. And what an inspiration. See, there is hope for all of us. Are you over ninety three?

She said that the young ones don’t have history behind them, and apparently in her classes she is providing that, showing designers good authentic fabric, encouraging them to collect from flea markets, to travel, and to express their individuality.

That I can remember the fifties, sixties, seventies-- oh dear,--eighties, nineties, and now into the new millennium, gives me something. I don’t know what.  I guess it gives me a sense of continuance, and tells me that the decades have their own color, flavor, music, and style.

We exulted  the fifties with Happy Days, and the “Fonz, and Richie.” Didn’t we love cruising and circle skirts with poodle dogs, and bobby socks, and cherry cokes? And then came the sixties, excitement, the space race, young people thronging into the Peace Corps, but then came the shooting of JFK and RFK and Martin Luther King Jr., and the Viet Nam war, and Lee Harvey Oswald shot in front of the entire country. Not good. So see, the past is not to be glorified, but remembered and learned from. The Hippies came along and said, “Throw flowers not bombs,” they sang, "We shall overcome," and the peace symbol became an icon.  It is almost like the Avatars say, “In times of trouble I will send a comforter, a peacemaker.”

What does this have to do with writing? I don’t know. It seems pertinent somehow, as though I am suppose to say it. I am supposed to encourage people to keep on keeping on. Art happens at ninety three. Grandma Moses didn’t begin painting until she was in her seventies.

What if someone, a publisher or an agent had told Iris when she was seventy-three that they didn’t want to bother with her? How many young people can promise to be productive for the next twenty years? At Ninety-three she is going a little slower, but strong.

Never, never, never listen to the nay sayers. Scores of successful people were told they would never make it, that they had no talent, and to get the heck out of my office. Fred Astair: “He has big ears, can’t act, and dances a little.” John Travolta, “You can’t act.” (His response: “They’re nuts.") Ester Williams, “You can’t act.” Sylvester Stallions, “Okay Okay, we’ll produce your movie, but we don’t want you to act in it.”

Many years ago there was a boy of ten who was working in a factory in Naples. He longed to sing, but his teacher discouraged him, saying, “You haven’t any voice at all. It sounds like the wind in the shutters.”

But his mother, a poor peasant women, put her arms around him and praised him, and told him he could sing. She went barefoot in order to save money to pay for his music lessons. His mother's praise and encouragement changed the boy’s life. He name was Enrico Caruso and he became the greatest and most famous opera singer of his age.

Perhaps I am writing this to encourage myself, and to tell myself to never give up.
And I am saying that to you, never give up the thing you love.