The Magic of Believing

A couple of days ago I picked up Ray Bradbury’s book Now and Forever at the Library.

He hugged me once. I also slept in Tennessee Williams favorite hotel room in New Orleans—too bad some of their talent didn’t seep into me. But then that’s not the way it works.

Following celebrities will not make you an actor, talented or rich. It can make you believe in possibilities though.

Maybe that’s what *darsham is. (*Being in the presence of a holy person.)

You sit there. You believe. You are motivated. You think anything is possible. And  so it is.

I began writing this post feeling disgruntled, and now I am talking myself into believing.

Once I was in motivational speaker' #Tony Robbin’s audience and left with feet not touching the ground. (Maybe that's how he does the fire walk.)

One day in Toronto Canada my daughter and I serendipitously found Madonna to be performing that night. We bought two of the last seats in the nose-bleed section, and found ourselves scooted somewhat behind the stage. From our vantage point we saw the elevated platform rise up bringing Madonna onto stage, and the enormous television screens gave us close-ups. That woman can sing standing on her head, while the muscles in her arms, like steel rods, do not quiver.

She gave her all (or so it seemed), and once again we were motivated to action. (Afterward my daughter said, “Can’t you hear me?”

I got my ears back though.

The young man beside us at the Madonna concert came all the way from Texas to see this performance. What fun. His enthusiasm was contagious. We had the perfect seats.

There was a lounge singer in Las Vegas --I don’t know who he was, it was ages ago, but I left with my cells vibrating. Rarely do I respond to a singer the way i did to him, I could hardly wait to write something.

In 1938 #Claude Bristol wrote a book titled #The Magic of Believing.

Bristol writes of Angelia Lansbury, who on a rest interval in Hollywood, spoke with an interviewer. (This had to be before 1938 since the book was published then.) She launched into one of her favorite subjects--faith in her own destiny.

“I don’t mean anything magical or occult,” she said. “Perhaps the power of the subconscious mind would be a way of saying it.”

“In the manner of Tennyson, perhaps of Stevenson?” the interviewer asked.

“And how do you go about tapping your subconscious mind?” The interviewer asked.

“Heavens! I don’t want to sound stuffy and highbrowed, but it’s really awfully simple. If you tell yourself over and over that there’s no limit to the creative power within you, that’s about all there is to it. Honestly, I believe that’s true. Whatever intelligence or creative force, or whatever it is, that resides in the world is like…” she waved a strong beautiful hand expressively…”oh, like light or air, or something of that sort. It doesn’t belong to me, especially. It’s there, to be tapped and expressed by anyone who knows how to get it.”

She goes on to say that this isn’t a clear-cut formula, you still have to do the work.

You just keep plugging, perfecting whatever your expression is, so when the time does come...your subconscious has the power to express itself

Angelia Lansbury, five Tony awards, nominated by the Academy as best actress, and listed as best actress in a drama series every year from 1985 to 1996. Now at age 89 Lansbury is appearing on Broadway in Noel Coward’ s play, Blithe Spirit. 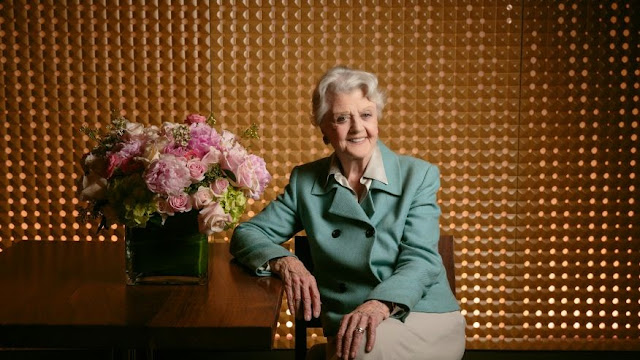 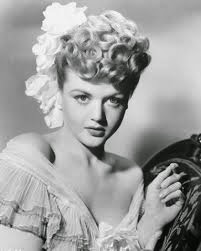