Writers, Scientific Evidence, Writing is Good for You. 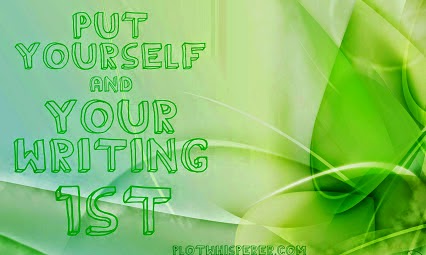 We knew writing was good for us didn’t we?
Writer Natalie Goldburg, Writing Down the Bones, said it long ago, “Writing will take you where you want to go.”
Julie Cameron, The Artist’s Way, championed the cause of “Morning Pages,” a process of writing for a few minutes as a mind dump to pour out extraneous garbage. A period at the end of a sentence does wonders to stop the endless mind chatter.
See, we knew it. Now researchers are jumping into the fray. “No matter the quality of your prose,” wrote Rachel Grate*, “the act of writing itself leads to strong physical and mental health benefits, like long-term improvements in mood, stress levels and depressive symptoms.” *Science Shows Something Surprising About People Who Love to Write,” September 15, 2014­­).
We don’t even have to be good writers to reap the rewards, unless of course, the pain of rejection becomes too excruciating to bare.
My friend who sent Grate's article and I both have an intuitive nature as well as scientific. We both learn from our own experiences and do not need data to support them, but evidence is always fun.
In a four-month study, researchers found that just 15 to 20 minutes of writing three to five times during the study was enough to make a difference in the physical and mental health benefits of the writer
Writing of traumatic events helped participants. They had fewer illnesses, and if hospitalized, they spent less time there.
Apparently people who write out their trauma have lower blood presser, and their wounds heal faster than those who don’t.
“New Zealand researchers monitored the recovery of wounds from medically necessary biopsies on 49 healthy adults. The adults wrote about their thoughts and feelings for just 20 minutes, three days in a row, two weeks before the biopsy. Eleven days later, 76% of the group that wrote had fully healed. Fifty-eight percent of the control group had not recovered. The study concluded that writing about distressing events helped participants make sense of the events and reduce distress."
What can I say except, writers, keep on keeping on.
Posted by Jo at 10:27 AM