May I Offer You a Cup of Coffee and a Chat? 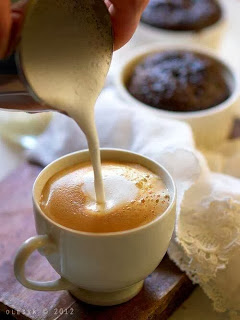 
I found that I could purchase a ton of her books for 49 cents each, but that’s not the reason I began reading them.


The reason was, any writer who has written 129 books, turns out three books a year, she writes the books  simultaneously  switching from one to another, has sold 800 million copies and has seven kids has my attention.


And as it turns out, I love reading them. Love, sex, family issues, and gritty issues too, she isn’t just fluff. When I read that Steel was afraid of flying and took a Fear of Flying course, I thought of her book Wings that I loved, and how impressed I was of her description of flying, and how gutsy her heroine was, a fiery redhead who sneaked flying lessons behind her father’s back. He was adamant that, “Flying was not for girls.”


Wings was set in 1939, and her plane of choice was a Jenny. Well, I’d never heard of a Jenny, but you know how it is shortly after something comes into your awareness, you see it cropping up all over the place. I saw a stamp in the Post Office the other day called an “Inverted Jenny.” An upside down plane? Now that makes sense.  Apparently, the first stamp of the Jenny was to honor it because it carried the mail, but there was a printing mistake. Since it was a two-color stamp, someone ran the second printing through upside down. As you can imagine that one sheet of stamps became about as valuable as Fort Knox.  Now releasing an Inverted Jenny stamp seems to be a rotten thing to do to the one person who holds the original. (I think most of the others of the sheet were inadvertently destroyed.) Why are they releasing a new inverted Jenny? To devalue the original, or to honor it? I don’t know which.


What I wanted to say about Steel’s writing is that she has an uncanny way of mixing third person and first person until I feel  I am inside the character’s head, but then I realize the writing isn’t in first person. The narrator, Steel,  is telling the story. I am trying to get the gist of how to do it. Except for me it is like trying to see a flying lead change. A flying lead change is when a horse will, while galloping, lead with one leg either a left or a right, using the two legs on one side in unison, then they will switch to the other.  A good rider can signal this. I have heard a trainer say, “See they changed,” I will look and not see anything different.
I must have a blind spot.
Email address  jewellshappytrails@gmail.com
Posted by Jo at 11:55 AM