"How Do We Change Our Beliefs? 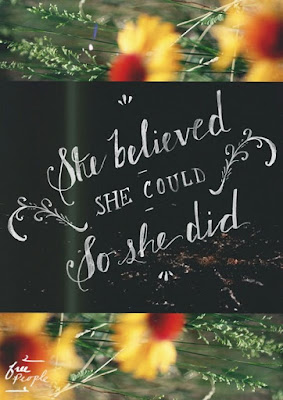 Last Saturday as my youngest daughter and I were driving away from Chevy's Mexican Restaurant in Portland Oregon I asked, How do we change our beliefs?"

“I have a problem believing my book will sell, “ I continued, maneuvering the Prius onto an already full freeway. “We have a guardian at the door of our subconscious, and when we say something like, “I’m going to sell a million books,” the guardian throws it out.

“The voice in our head says, ‘What makes you think that? You’ve never sold many before.’

“Every time we try to get past the guardian, he counters our request.

“You can’t do that. You don’t have a great following. Your platform sucks, people don’t need and don’t want another book. Besides people don’t read books anymore. And they have better things to do with their money.”

What an obnoxious guardian.

I know the first line of receiving is believing that it’s possible. But, we ask, “How do we believe in the face of conflicting evidence?”
.
Wise daughter countered: “Maybe you should treat the Guardian like a water purifying system salesman.

“Just let me show you this one.”

“I don’t need a purifying system. “

“’Oh, you’ll like this one, and I need the experience explaining it. It’s only take a minute.’”,

“Don't take no for an answer,” she says.

Beat the Guardian at his own game.

We started laughing and remembering another time at a Chevy’s restaurant. We were in Rancho Santa Fe, California.

Yes, I know much is accomplished with a glad heart, and not having a charge on a request makes it easy to receive. When we  really really really want something, the Guardian comes out dressed in full battle regalia.

That day in Rancho Santa Fe, having completed our meal, and with glad hearts, we sat looking out a restaurant window talking about manifesting. Daughter dear had been testing the concept of manifesting, that is putting out a request, meditating on it, then waiting for it to show up. She had asked to see a purple bear.

Within a day she saw a purple bear sticker on the bumper of a car.

“Chances are,” I said, (I sound like the Guardian here), “we couldn’t manifest a train here for there are no tracks.

Not a minute later, a big truck stopped for a traffic light and was sitting right outside our window. A huge tan tarp covered the back portion of the truck. The tarp was taunt, and neatly ratcheted.

On the side of that tarp written in big capital letters was one word: “TRANE.”

That bowled us over, and it has given us a glad heart and a giggle every time we think of it.

The ones that attempt to sell you inferior merchandise, at an exorbitant price, something you don’t need and didn’t want are con-artists.

A  true salesperson will assist you in the purchase of something you do want, or maybe give you reasons why you ought to have it, and push you a little for as a buyer we can always put off a purchase.  “Tomorrow,” we say, and we leave without the very thing we were looking for. We lost, and so did the salesperson.

Think of it this way: You want a car, you need a car, and you are looking for a car. The salesperson wants you to buy from him—since he is in a competitive market, and relying on commissions to pay the bills.

You trust him or her. She is nice; she negotiates a good deal for you, so you buy.

A year later you are still driving your car, it’s in good condition, and you’ve had no trouble with it, but the salesperson, who depended on your commissions to pay the bills, has spent the money and has nothing from your deal to show for it—except still being alive. 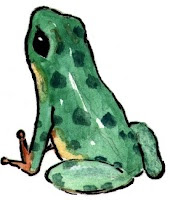