The Peacock and The Frog

Perhaps you can relate:

A long time ago I did a visualization to find my totem animal.

In my mind’s eye, I traveled down a path and stopped before bushes that rustled telling me that something was hiding within them. I coaxed, expecting to see some cute little furry animal, “You can come out now."

To my surprise, the animal that strutted out of the bushes was a peacock.

A male peacock in all his finery. 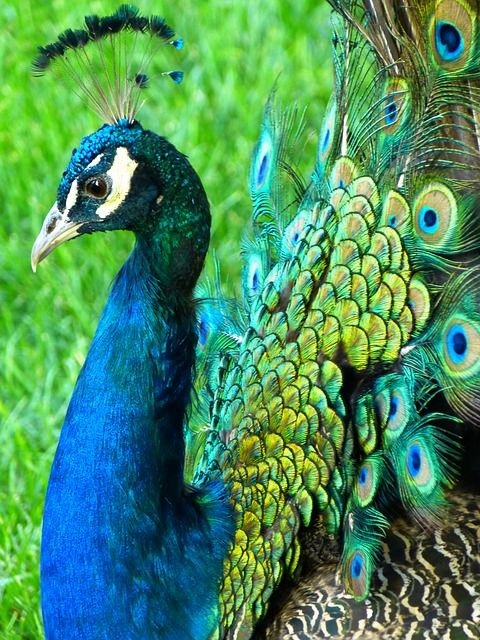 Fast forward: We bought a house in Riverside California. When my little daughter and I visited the empty house, I looked up through a clerestory window, and there on the roof was a peacock.

I figured it was an omen—my first encounter with my peacock.

We lived up a hill from a park, and he was a frequent visitor. From our roof, he could survey the countryside.

A few years later we bought property in Marcola Oregon, and upon visiting the property, what did we see?

Later on, we would see him running with the wild turkeys.

And then last week I visited our new house, and looking out the bedroom window, what did I see on the fence?

I couldn’t believe it. I was yelling for the dog to come see.

In the sleepy little town of Junction City Oregon, in the middle of winter, in a neighborhood, I never in my wildest dreams would think I would see a peacock, but I did.

Is this telling me something or what?

If I roll back the time to shortly after my first encounter with the visionary peacock, I visited the bushes again and asked the peacock, “Why do you stay hidden here in the bushes?”

“Because,” he answered, “Here I am the only peacock.”

It’s time for me to join the other peacocks.  In light of this, I am publishing my Island book on Kindle Select. Just a tad bit more editing and it's good to go. No peacocks in it.  It’s not about the peacock. The peacock is grace, vision, a kick in the pants to get with it. I don't know why he is associated with houses, perhaps because I have houses and writing mixed up with each representing significant potential.

I accept his visitation with gratitude.

We saw no peacocks during the year we spent in Hawaii. That year was a hiding-away place, not a be-seen place. It was a time of contemplation, of re-grouping, of finding oneself.

The peacocks we saw on an earlier trip to Hawaii lived in a fabulous hotel, wandering in and out at will, meandering over expensive carpeting and roosting in the beams of the amazing foyer.  No hiding away for those peacocks—and they had a person to clean up after them.

I wonder what it would take to be the most read book on the month on Kindle. Most read books receive a bonus, and that's the reason I'm asking. I don’t believe it is as strange as seeing three peacocks associated with three new houses.

My book will be called The Frog’s Song. “The frog calls the rain that settles the dust for our journey.”

The Frog’s Song is about the voyage.  It’s about time away to contemplate, to learn that sequestering oneself off on some remote tropical island, living in the jungle off the grid, and down a mile and a half of lava encrusted road gives you time to find yourself.  Sometimes one must go off and regroup, and to learn to forge ahead. Pele called this little family of one husband, one daughter one seven-month –old grandson, two dogs and two cats, and one narrator, to the island, and then, in her wisdom, she kicked us off.

(And the Coqui frogs sang to us, and called the rain.)

Kindle Select has done a tricky thing. They are paying authors for pages read, not for just having someone purchase the book. Authors of long books were complaining—they spent years writing, and then to be in competition with some little 99-page booklet didn’t seem fair. Thus Kindle Select is implementing the #pages-read policy.

Gone are the days when a writer can say, “It doesn’t matter if you read my book, just buy it.” 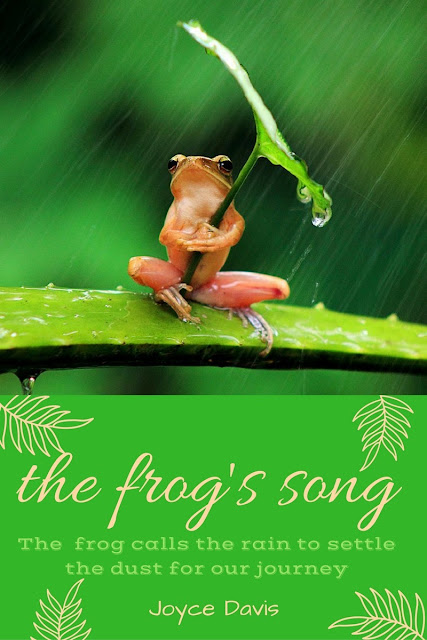