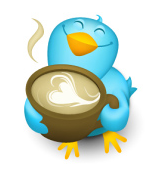 You know about twitter don’t you? I have recently joined up and have found it to be a plethora of good stuff—so so stuff too.


Oh heck, because I’m a poor speller and wanted to know how to spell a word, I looked it up on my reference guide and was hit with a photo so abhorrent it knocked the good thoughts right out of my head.

People who focus on gore: Cut it out!

Okay, back to life in the positive lane.


For you who are new to tweeting, here is a definition:


A tweet is a micro-blogging service that enables users to send and read text-based posts up to 140 characters. These mini-posts are known as “tweets.”

Yesterday, while sitting here about to format my own book for Kindle, lo and behold I was followed on twitter by somebody who is expert at formatting. Yay! Thank you  www.WriteIntoPrint.com  Let’s talk.


Your Twitter presence is only as useful as your tweets.


If you have an established a brand elsewhere but tweet rubbish, you might attract users simply because of your brand, but that’s all.
Consider every tweet you publish as a brick in the building of your brand.
Promote yourself, yes, but engage with others. Do not think of it simply as a platform to promote your own content.


Ask questions.
As I pointed out at the beginning of this post, Twitter is extremely useful for using the talents of others.


No one is obliged to answer your questions. If they do it is because they want to do it.
Answer them too.


Persist.
That is the key to success with twitter and with most endeavors.


Focus on quality
“ Establishing valuable relationships with a select few people is far better than having one-off exchanges with everyone and their mother.”--Ewen


I love that people thank people for following them, but to say so on their tweets seems a waste of space, and boring for the rest of us to read. I believe the best way to thank someone is to re-tweet them.


So, my advice would be to have tweets with substance, something people want to re-tweet.


Another thing, and tell me if I’m wrong here, but I just do not understand automatic or a paid service to get followers--although I know it is a numbers game. I prefer to be selective. I do, however, like to honor the person who follows me by following back. 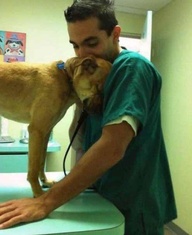 Thank you.
If you have any tips and tricks for getting things done on Twitter I would love to read them.


P.S.
Think of it this way if you produce quality content consistently and over an extended period
Posted by Jo at 1:49 PM