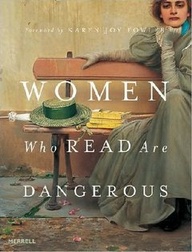 I ought to check the block where we live to see if anyone else is writing a blog on writing. I want to be honest that I am still the best on the block.

We recently moved from California to Oregon so we have a new block. From the forested hills of the Cascade Mountains to Hawaii to the Willamette Valley where the green grass grows, where the wetlands are, where the water fowl roam, and where, at night, the frog's sing. We have had a busy three years or has it been four? Time is tied up in some sort of-- a what did Stephen Hawkins call it? A Singularity? I don’t know what that is. I just know what feeling jumbled is.

I lost my sister last week and wrote about it on my other blog http://wishonawhitehorse.blogspot.com

My sweet sister. Her life was extraordinary. She said she believed her parents had died and hid her in a closet. We know it was her grandmother to took her to the orphanage, but that’s all we know. My parents adopted her by proxy, and from the moment off the plane, she was our girl. Jan never felt the urge to go to Korea as some other adoptees have, she was American through and through. There is a wonderful picture of mother and Jan taken shortly after she arrived that was printed in The Dalles Chronicle. I found it last night with the magic of microfilm at the University of Oregon Library. It is posted on my other site http://wishonawhitehorse.blogspot.com


I believed, given her past, that Jan was a survivor, and she was until death won. And, of course, it brings up one’s own mortality, and I getting tired of people dying.


This is a writer’s blog so I ought to be talking about writing, but my  brain is wandering and my fingers are recording it.  When I was packing in California I gave away a box of books on writing, so I am now on my own. I had the box set aside, but when we were loaded that is the U-haul boxes had left on a semi, and our pickup truck was loaded with a cat, two dogs, a daughter, a grandson and me, there was no room for the box. It went into the donation pile. So, go to The Salvation Army store, there ought to be an excellent supply of books on writing. But where did they end up? I don’t know, Temecula California maybe.

One book that survived the packing ordeal was The Art &Craft of Novel Writing by Oakley Hall. If I consider that to be an oracle that would be telling wouldn’t it? Is it time for me to write a Novel.


A steamy one? People like that. Vampires? I think the world is saturated with vampires. They say to write what you love, write what you know, although I heard one author say he wrote what he didn’t know for he was tired of hearing the same ole same ole in his head.

Writing a memoir is not all that much different than writing a novel, the only difference is it's real. I once heard a teacher say, "Everything I said is real, I just changed the words."


All I can say is follow your heart, your dream, and keep writing. Natalie Goldberg (Writing Down the Bones) said writing will take you where you want to go. See, although my books are gone I remember something. Gosh I hope maybe that book is in a box somewhere in our garage. 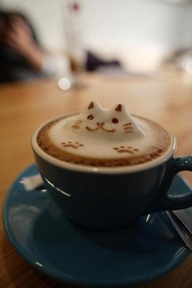